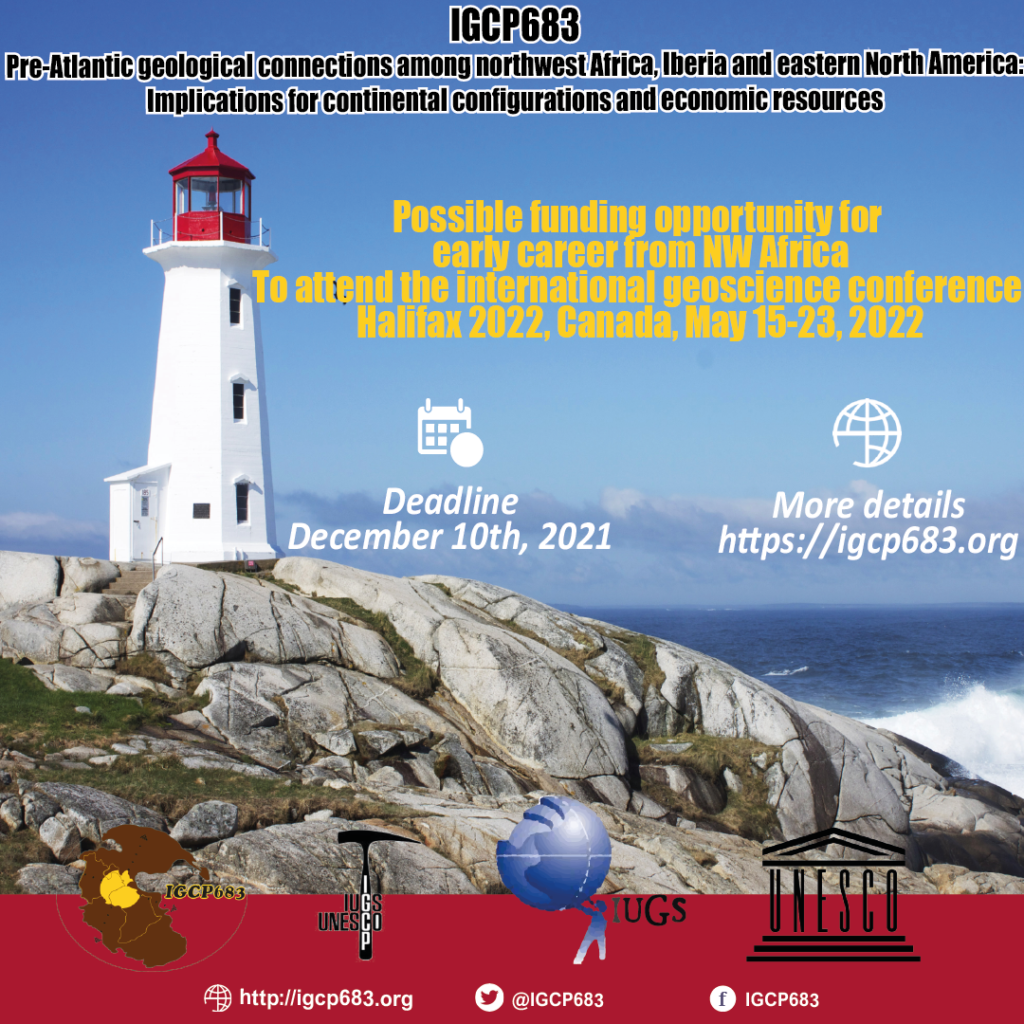 You are invited to a Zoom meeting.
When: Jan 13, 2022 10:00 AM Mountain Time (US and Canada)
Register in advance for this meeting:
https://mines.zoom.us/meeting/register/tJcld–urDMsHdBvuLlkXFu5o99krcqo9H6v
After registering, you will receive a confirmation email containing information about joining the meeting.

May 15-18, 2022:   Symposium on “Pre-Atlantic geological connections among northwest Africa, western Europe, and eastern North America” organized by Sandra Barr, Saïd Belkacim, Faouziya Haissen, Yvette Kuiper, Pilar González Montero, and John Waldron. This symposium is part of the activities of IGCP 683 (Pre-Atlantic geological connections among northwest Africa, Iberia and eastern North America: Implications for continental configurations and economic resources).  For this session proposal, the theme of IGCP 683 has been expanded to include not only Iberia but the rest of western Europe to broaden the participation and focus specifically on connections, rather than plate tectonic reconstructions, to avoid overlap with other sessions at the meeting.  For more information about the conference see: https://halifax2022.atlanticgeosciencesociety.ca/ 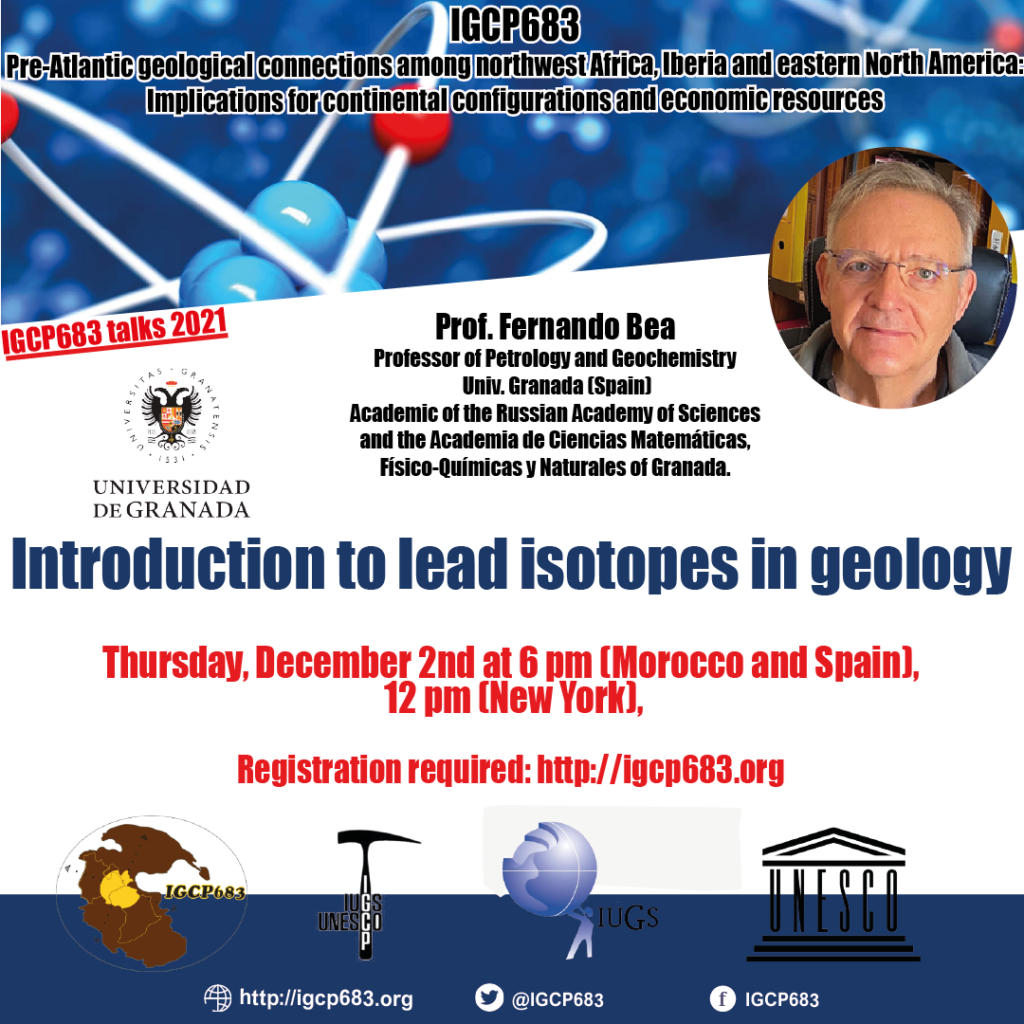 Register in advance for this meeting:
https://mines.zoom.us/meeting/register/tJYqde-rrzotEty5HkUhM5nxd-6aREKqeZb0

After registering, you will receive a confirmation email containing information about joining the meeting.

Register to the event

The IGCP683 project is pleased to announce a possible funding opportunity for early career participants, with a preference for female participants, from NW Africa to attend “Halifax 2022“, an international geoscience conference to be held in Halifax, Nova Scotia, Canada, May 15-23, 2022.  The conference is organized by several geoscience organizations, led by the Geological Association of Canada.  It will include a symposium associated with the IGCP 683 project, and a post-meeting field trip, also part of the project. The grant will cover the air fare, the accommodation (May 14-18), the conference registration (~$500 CAD), and the field trip ($850 CAD – includes accommodation, transportation, breakfast and lunch). Awardees are expected to present their research at the meeting, and actively participate in the conference and field trip.

If you would like your application to be considered by the review committee, please submit in English:

We are looking forward to receiving your application via our e-mail address (igcp683.2020@gmail.com) by the deadline of December 10th, 2021. Decisions will be made by early January, 2022. Selected candidates should anticipate a departure to Canada by May 13, 2022.