Since its formation 4.56 billion years ago, the configuration of the relative positions of continents and oceans and the Earth’s surface have been constantly changing (supercontinents cycle of Wilson, 1966), which has been in turn responsible for crustal recycling, generation of metallic and non-metallic ore deposits and resources, and the evolution of life (extensive biotic crises). Numerous international projects have focused on paleogeographic reconstructions for various periods of geological time, and on the mechanisms that controlled this dynamic evolution of the Earth leading to results with high scientific impact. This project aims to contribute to these reconstructions by unraveling some of the latest configurations of continents and microcontinents along the present-day circum-northern Atlantic Ocean during the Paleozoic Era (~540 to 250 million years ago). The end of this period was marked by the consumption of the Rheic Ocean and its seaways leading to the formation of the supercontinent Pangea as a result of a series of collisions among Gondwana, Laurussia and some other microcontinents. Before this, in the early and middle Paleozoic, parts of NW Africa may have rifted off from Western Gondwana and accreted to parts of Europe and North America. During the Mesozoic (~180 million years ago), the opening of the central Atlantic Ocean (and Western Tethys sensu-lato) caused the breakup of this supercontinent, heralded by a huge mafic magmatic event that produced the Central Atlantic Magmatic Province (CAMP). This event was responsible for the biggest biotic and environmental crisis of the Phanerozoic. The Paleozoic evolution of the Earth’s crust impacted not only the distribution of lithospheric fragments among eastern North America, SW Europe and NW Africa, but also the types and redistribution of natural resources, atmosphere, hydrosphere, continental and oceanic biota, and levels of oxygen production. This project will generate new field, geochemical and geochronological data from southern Morocco and circum-Atlantic magmatic provinces of latest Paleozoic-Triassic age, will bring together members of a diverse international earth-science community through field forums, to discuss and to evaluate the effects of global-scale magmatism on mass extinctions and biota destruction, and will promote scientific training for young scientists (particularly women) in North African countries. The results of this project will have significant implications for the formation and distribution of strategic metallic deposits, such as copper, chromium, platinum-gold, lithium, and for the agricultural industry. The collective efforts of our project will contribute significantly to the future development of scientific, academic and industrial infrastructure in Northern Africa. 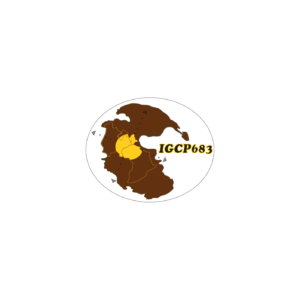